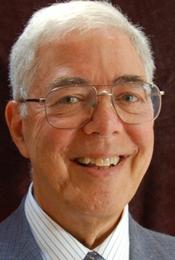 The Coast Guard cutter Muskeget, a North Atlantic weather ship, sent its last radio report at noon on September 9, 1942.  No trace of the ship or its crew was reported to the Coast Guard.  The ship’s doctor, my father, was among those reported “missing.”  Seventy years later, prompted by my rabbi’s urging me to learn more about my father, I searched for information to explain how he was the only Public Health Service physician lost in the North Atlantic during WWII and the Muskeget, the only weather ship.  In the process, I unearthed buried information about conflicts on the high seas, the unfolding of the Allies’ strategies for winning the battle to maintain the shipping lanes, the chronology of developing technologies which helped them win, and the elements which converged to explain the unexpected and unexplained loss of my father’s ship.

My memoir centers around the lives of the captains of a U-boat and the Muskeget and of my father.  I reconstruct some potential explanations of the encounter and its aftermath.

Independent of my efforts, a Coast Guard historian discovered that the four Weather Service civilians had not been honored with Purple Hearts, which were posthumously awarded to the officers, the crew, and my father.  To remedy this omission seventy-three years later, the Coast Guard and the Weather Service joined together and presented Purple Hearts to the families of each of the weather men in a service at the Naval Memorial on November 19, 2015.  Spying an article in the Washington Post, my rabbi alerted me to the ceremony early that morning, enabling me to join in the event.  Participating in the solemn event helped close a long-opened wound.